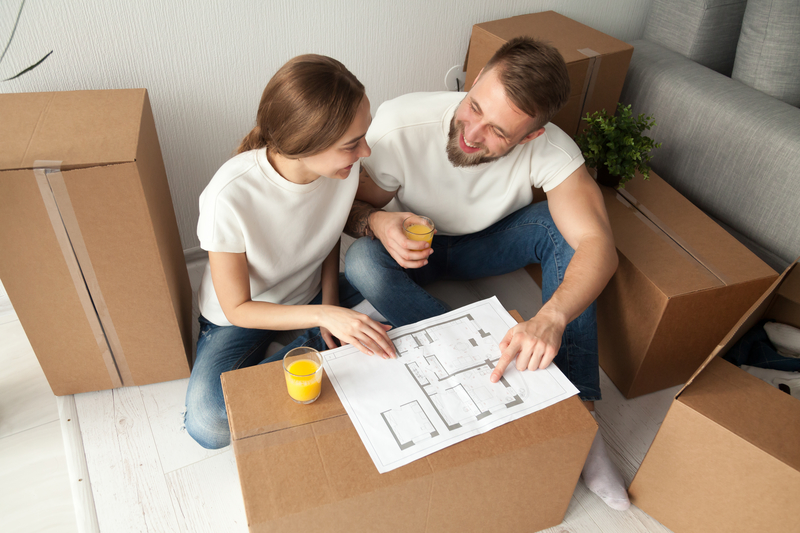 Whichever stage of custom home building you might be in, knowledge is power. The more educated you are, the better deal you will get and the more likely you are to get what you want. Here are a few classic terms from the industry that you’ll need to familiarize yourself with.

A building code is a body of laws that set standards for home construction. Building codes are usually locally enforced and enacted.

These codes usually regulate things such as how many outlets there are in a home and how far apart they are, for example. Building codes will generally determine anything in the electrical, HVAC, fire safety, and lighting arenas of construction (or demolition, should you choose to remodel at some point).

When you hear contractors talking about needing a permit for this and that construction project, that is the building codes being enforced. When it’s you designing your own home these codes can at times become a bit of a nuisance, but the reason they’re there is to ensure that home construction companies are building safe, quality housing.

In simple terms, a certificate of occupancy is a government-issued document stating that a particular home or building is fit for, well, occupancy. These documents are usually issued by a local or state government and are also referred to as use-and-occupancy certificates.

Certificates of occupancy are given once the local body has determined the property adheres to the proper building codes. These certificates will also determine what class the property falls into, e.g. commercial or residential, which is important for property tax purposes.

A custom home, obviously, hasn’t had anyone living in it before construction is completed, so homeowners will need to apply and receive a certificate prior to taking occupancy.

Most homes in the United States, especially wooden homes, are constructed using the framing construction method. As the name suggests, framing construction creates a “frame” or skeleton of the house, usually made out of wood. The wooden skeleton then becomes a frame for the home’s joists, rafters, and studs. Eventually, everything is attached to the frame.

Framing is such a common method because it allows for a house to be built relatively quickly, although it’s not without drawbacks. The space between walls and joists which framing creates can become ideal alleyways for fire, allowing the flames to spread around the house fairly quickly. Wood frames that are improperly cured can also leave a structure susceptible to rot and water damage.

Builder-grade is actually an adjective used to describe the quality of a particular material being used to construct something. It can be used to describe a single item, such as carpeting, or an entire area within the home, such as a kitchen.

While there’s no hard-and-fast definition of builder’s grade, the term usually refers to the most basic and cost effective materials that will get the job done. For example, builder’s grade carpeting would likely be fairly basic, low-cost carpeting that will get the job done but will probably need to be replaced more often than higher-quality types.

Mortgage terminology is a category in and of itself that applies to how you plan to finance your home construction. If you aren’t paying in cash, you’re likely looking to take out a mortgage to finance the cost of building a home.

You’ll need to become somewhat familiar with a few of the common terms of working with a mortgage, as well as the different types of mortgages you can have – adjustable rate or fixed rate. Familiarizing yourself with the terminology will help you in communicating with banks and successfully securing your loan.

The term “moisture barrier” refers to specially treated materials within walls that prevent water from soaking in (flooring also utilizes this same function, but it’s referred to as a vapor barrier in reference to flooring).

The necessity of a moisture/vapor barrier is not a universal standard, but in areas prone to dampness this could be a good preventative investment. Even if your home isn’t being built in a particularly wet climate, a moisture and vapor barrier could still be a good idea for uninsulated spaces such as basements, crawlspaces, or attics. Excess moisture in these areas can cause mold growth, which can result in some costly damage.

Moisture/vapor barriers may be more necessary with some building materials than with others. If you’re putting down concrete, for instance, you’ll definitely want a moisture barrier.

A home’s total square footage, on the other hand, refers to the square footage of everything built onto the property. Depending on how you design your home, these numbers can be quite different, so be sure to keep them separate and distinct for (among other things) property tax reasons.

And fun fact: even when basements or attic spaces are finished and insulated, the area may still not qualify for the living square foot count.

Zoning and zoning ordinances refer to the designation of certain land for certain purposes, mostly commercial versus residential. Zoning is usually enacted through local government and plays a role in building codes. Many times the permits required to fulfil a building code are due to the property’s zoning status.

Hopefully, now that you’re a little more familiar with some of the key terms used in the home building process, you feel a bit more sure about taking the plunge and deciding to do it. And it may just be that it’s well worth the venture.

Read this next: Why You Should Care About How Your Home is Built

We will get back to you soon with more information.

Our holiday decorating has begun! . Where is your

This custom fire pit is 🔥, but we can’t wait

I love the warmth the wood mantel brings to this f

I love the pattern of this subway tile. It looks

I’m so excited about this kitchen design for our

This master bath is so dreamy that it couldn’t a

Those doors 😍 Lately I have been obsessed with

Working side by side with this guy is a dream come

My favorite part of designing a home is when is ev

The Parade of Homes continues today!! We’ll be a

Our 2019 Parade Home had a lot of visitors this we

Our latest project hit the market this week! This